What Our Customers Say

Over the past 35 years with AMSOIL, we at Gateway Synthetics have enjoyed establishing long relationships with our customers, many of whom have shared their photos and stories on our website.  Hear what our customers have to say about AMSOIL products and us!

I started using AMSOIL’s gear lube and engine oil in my everyday cars in the early 90’s. After seeing the results of these products, my decision was an easy one to make. I’ve been driving a race car off and on since 1987 on various dirt tracks. So when I decided to build my own race car and engine, I made the decision to use the Amsoil products. With my experience, I have never had a problem from any of the AMSOIL products that I currently use. The oil keeps the engine cooler and the oil pressure doesn’t drop like the conventional oils do. It was amazing that after a couple years of racing when I decided to take my engine apart to freshen it up, I found very little wear and tear. The products seem to have kept the innards of my engine is very good shape. Due to my experience with the AMSOIL products, a couple of the guys in my racing club started to use the products in their cars also. So far, everyone that I have talked to that uses the AMSOIL products, they have had nothing but positive comments. - Tim Eaves

My name is Tim Borgfield and I have been riding and racing since I was 12 years old. I raced motorcross, then raced on the pro jet ski tour. When I started, I used whatever oil my buddies were using (or whatever the guy behind the counter at the local parts store was pushing). I have used all kinds of different oils and chemicals through the years and was lucky enough to be at a jet ski race where John and Connie were. They were the local AMSOIL dealer and were there to promote their product and support a few of the local racers. We were getting faster and having success at running with their team of AMSOIL riders. It wasn’t long before they approached me with their product. I was reluctant the first couple months and during that time, I was exploding my expensive race engines. John came over to our pits, shook his head and smiled before saying, “It’s time you make the change to AMSOIL.” So I finally switched to their so-called “super oil.” I was still leery of running an oil at such a high ratio of 50:1. At the end of season, my engine builder tore down our motors and asked if we had even ran them because they were all still within the tolerances from when they were rebuilt. Since then, I have been fortunate enough to have won many championships on my jet ski. We won Florida State Champion two years in a row. We won Midwest Water Cross Tour twice and even won a world championship. We broke the world record in slalom and held that title for two years. My jet ski days are long over now, but in recent years, I have returned to motorcross racing with my son. We called John and Connie and they helped us put together an AMSOIL program for our race team. So far, we have had zero problems with anything oil-related. We use AMSOIL for everything our bikes require: oil, gas, fork oil, transmission fluid, chain lubes and metal protection. Our team had grown to eight riders, known as 2 Brothers Racing. We compete in all different classes, all around the country. We always promote AMSOIL by sharing our success story with the products. We are on track this year to wrap up six different Missouri State Championships and two different national titles. Thank you, John and Connie, for switching me to AMSOIL that hot summer day in Fenton, Mo. And thank you AMSOIL for making such a great and far superior product. We look forward to racing and winning many more events and championships for ourselves and for AMSOIL. - Tim Borgfield

Save as a
Preferred Customer 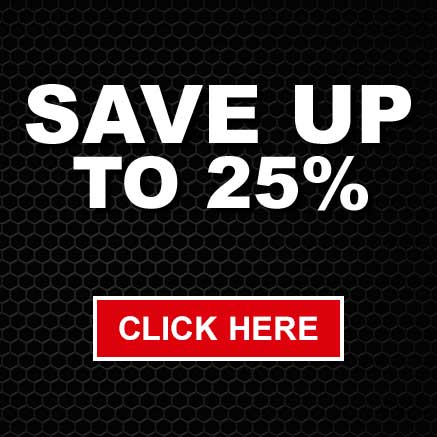 Your reference number is 37380
when ordering our products online.

My name is Terry Larson and I am the team manager and one of the riders with 2BrothersVMX Racing. My brother, Mike Larson and myself formed 2Brothers VMX Racing in January 2012 after being out of motorcross racing for over 35 years and we began racing Hodaka’s again. We both started racing in 1972, Mike on Hodaka powered Steen mini-cycles and I raced a Hodaka 100cc Super Rat. Back in the 1970’s, there weren’t many lubricants to pick from so when we got back into the sport, we went back to the old style oils. They worked, but we were experiencing clutch and gearbox problems. We just assumed it was due to 35+ year old parts. After talking with some of our competitors in the MOVMX Series, we became friends with Tim Borgfield and he suggest we try AMSOIL products and contact John and Connie since he had no engine failures after switching to AMSOIL. So, we gave it a try halfway into the 2012 season. We had ZERO failures for the rest of the season, resulting in three MOVMX Class Championships. Mike in the 100cc Advance Class and the 50+ Open Class on his 1974 Hodaka 100 Super Rat. I took the 125 Sportman Class on my 1974 Hodaka Super Combat. We tore down the bites after the season and all the parts were in superior condition thanks to the great lubricating elements of the AMSOIL products. Going into the 2013 Season, we expanded our team to eight riders, all of them using AMSOIL products. It is now mid-point of the season and most of us have torn our engines down for general maintenance and I am impressed with the conditions they are in because of the AMSOIL products. Currently, seven of our Team Riders are leading in points in the classes in the MOVMX Series and should be able to wrap up the Class Championships for 2013. Also, I am leading points nationally in the AHRMA Series in the Vintage 125 Sportsman Class and should be able to wrap up the Number 1 Plate for 2013. We wouldn’t have been able to achieve these results if it wasn’t for the help we received from John and Connie in switching us to AMSOIL’s excellent products. We will continue to promote the AMSOIL brand on and off the track with our results and through our Facebook page at 2Brothers VMX Racing.
- Terry Larson, Team Manager, 2 Brothers VMX Racing

We are expanding our race team of the 2009 season and hope to display and promote AMSOIL products on our new, state-of-the-art race car. The new car is one of three mud racers that make up our team. This new race season, we will be competing in 20-25 events. All are MNRO sanctioned events, Pro Bad events and 4×4 club races NSDA sand drags. This equates to 200+ passes of advertisement and promotional exposure in races across the country. We race at local mud pits at county fairs. In the 2004, 2005 and 2006 seasons, we finished 5th in NMRO national points in class 5 with our existing car. We also display our race car at national and local shows for future events. With our new 35′ RV and 39′ stacker trailer, we have a first class operation that will haul three cars and golf cart from Minnesota to Texas to Florida to Vermont and back again in style and comfort. This operation is a perfect opportunity for AMSOIL to be represented in the large market place. This could be a great advertising campaign by being part of a winning team, with name and product announcements at all races. Some races are covered by local and national television stations with the AMSOIL name displayed on cars and uniforms. The trailer was viewed in 12 states, 20,000 miles of interstate and parked at events up to four days per show. The trailer is a rolling billboard that can be seeing on both sides of the highway, restaurants, gas stations and events. When traveling, people often ask us what is in the trailer! We are a professional team proudly displaying the AMSOIL name on all vehicles.
- Team Real Estate Mover, Buffy Maurath and Andy Garrett